RGB Spheres I–IV is a series of four wall pieces made of translucent spheres and lit by computer controlled RGB-systems, which provides a vibrant spectacle of changing colours and light intensities.

The painting White Disks II (1964) by Bridgit Riley forms the basic arrangement of the four works. The painting has a number of black circles painted onto a white square canvas. On closer examination of the painting one can see that there are three different sizes of black circles and they appear to have been placed within a regular systematic arrangement, but that arrangement is in fact not regular. There is a disturbing kind of order to it, and the contradiction of careful placement and disorder within the painting forms a point of interest for Bulloch. 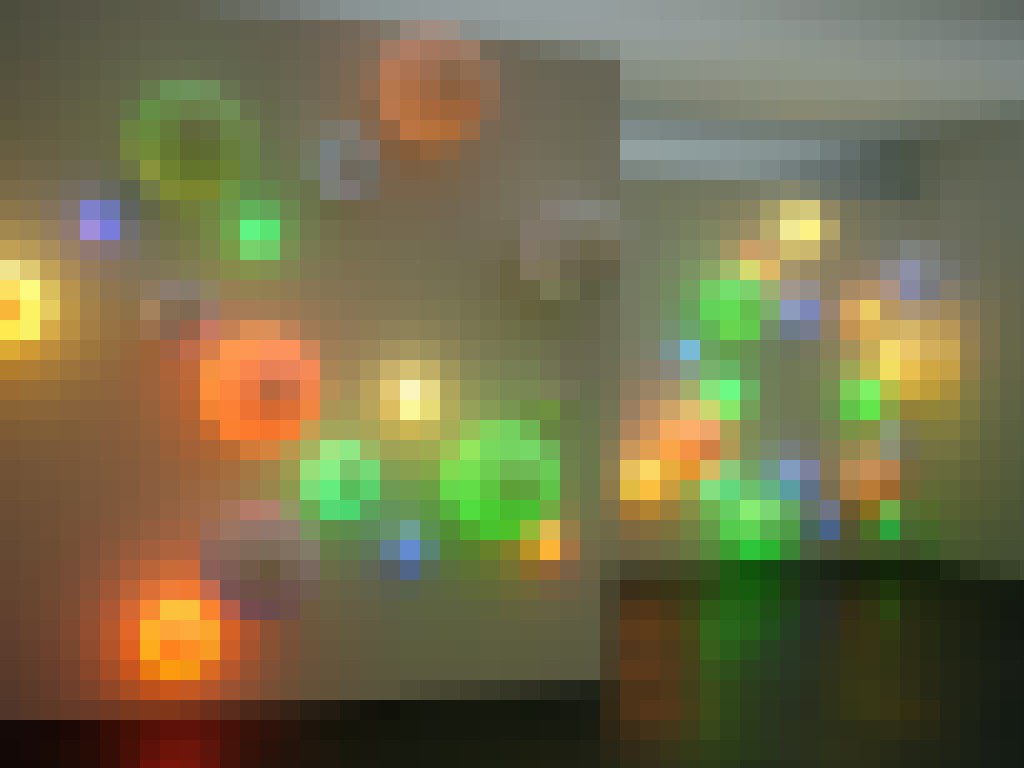